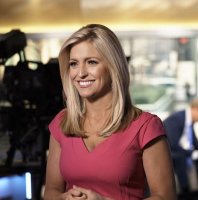 First tough question Ainsley. Was Japan really a communist country during World War II? Or whatever war you might have been thinking of?

Oh wait, you want to ASK them.

Yesterday, the kurvy kouch centerpiece of the Three Dumbest People On Television felt the need to school New York’s loudmouth Governor Andrew Cuomo on his Trump-challenging assertion that “America was never that great.”

School did not go as planned.

Earhardt said that America is definitely great because “we defeated communist Japan.”

Steve Doocy cut in to try to clean up the mess, saying we defeated “Communism and Japan and so many other things,” but the damage was done.

So you want to be a journalist? Keep trying, Ainsley.

What about when the Germans bombed Fort Sumter?

Check out the history section of your local library.