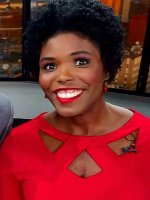 Now it’s all smiles as her new employer has already given her a promotion.

She’s the new chief of communications and community relations for Jefferson County Schools in Louisville after spending all of a month work on parent outreach.

She’s stepping into a hot spot.

Murphy takes over the district’s communications as JCPS negotiates with the state about a possible deal to avoid a full takeover of the district following an audit that found a range of deficiencies.

Wonder if the audit covered the $143,000+ she’ll be making in the post – a better-than 4% increase over her predecessor?