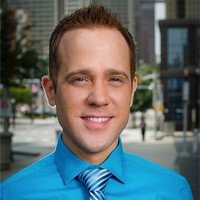 He’s leaving for NBC-owned WNBC in New York where he will be dayside executive producer.

“Jesse’s led the morning team through tremendous change in the past four years,” Jennifer Graves, vice president and news director of WLS, told staffers in an email. “His thoughtful, calm and determined leadership has charted a new course for that broadcast and for that, I am thankful.”

Hamilton previously worked as executive producer of prime time hours at The Weather Channel in Atlanta.

All that’s left is weekends and overnights.