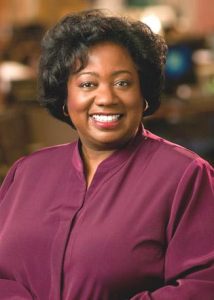 “Lori is an accomplished, award-winning journalist with an outstanding record of leadership,” said Jordan Wertlieb, Hearst Television president. “Lori brings the experience, skills and reputation to build upon the exceptional work of Mary Lynn and the KOAT team.”

Waldon joined KCRA from WISN-TV, Hearst Television’s ABC affiliate in Milwaukee, where she was Wisconsin’s first African American news director and led that station to news-ratings leadership and a national Murrow for Best Newscast.

Before joining Hearst at WISN, Waldon was assistant news director at Sacramento’s KOVR-TV and, before that, she was managing editor at San Francisco’s KPIX-TV.

She holds a bachelor’s degree in political science from the University of Southern California and a master’s degree in broadcast journalism from Northwestern University.