It’s “Giving Tuesday” which is a movement to create an international day of charitable giving at the beginning of the Christmas and holiday season.

In Texas, the main anchors of the Dallas stations are putting aside the ratings book for this one. 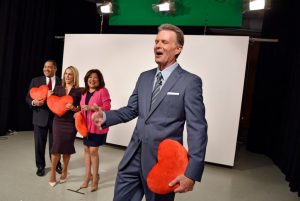 WFAA provided free studio time and the crew for the PSA shoot, and each station is donating the airtime. United Way of Metropolitan Dallas coordinated the logistics.

The anchors hope to help Dallas retain its standing as #GivingTuesday’s most generous community — a title  earned last year by raising $22 million in a single day.