A former Roanoke TV reporter will spend the next seven years behind bars for soliciting a minor online. 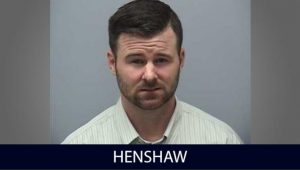 36-year-old Jarrett Henshaw pleaded guilty Monday afternoon in a Harrisonburg courtroom to a felony charge of soliciting a minor.

Henshaw, was arrested in March by Virginia State Police, who said he was running a private, online chat room where he engaged with numerous unknown minors.

According to the statement, the agent was posing as an underage girl as part of an undercover, online operation.

A judge sentenced Henshaw to 30 years in prison Monday, with 23 years suspended.

In exchange for his guilty plea, two additional felony counts of soliciting a minor were dropped by the court.