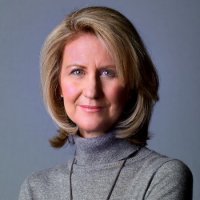 Three-time Chicago news director Carol Fowler is out the door at  The Chicago Sun-Times after a scant 14 months as senior vice president, digital news products.

According to veteran Chicago media observer Robert Feder she came up on the short end of a newsroom power struggle with editor-in-chief Chris Fusco.

“The board decided the newsroom structure didn’t work and the company is moving forward in a different direction,” Sun-Times Media said in a statement

“Moving in a different direction” covers a multitude of sins, doesn’t it?