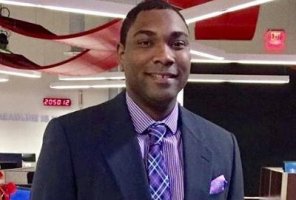 Tribune’s WDAF in Kansas City has hired Harold Kuntz  as another sports anchor.

Kuntz is currently a sports anchor and reporter at Griffin’s KOTV in Tulsa.

Nekia Nichelle, a Chicago broadcast personality and traffic reporter for iHeartMedia, has been hired as morning news co-anchor at Nexstar duopoly WTVO/WQRF in Rockford, IL.

She started as a producer for iHeartMedia, and most recently did traffic reporting.
————-

Mariah Hart joins Scripps’ KGUN in Tucson as an executive producer.  She’s spent most of her career in Central Illinois, most recently as Content Manager at WEEK in Peoria.