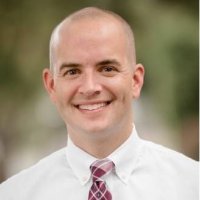 Austin Kellerman, longtime news director at Nexstar’s KARK in Little Rock AR is leaving the station next month to move to corporate HQ.

There, he will be director of digital content at the mothership.

Kellerman, a Texas native, spent seven years at KARK, drawing kudos for launching an initiative  to draw attention to violence throughout the state, and for his vocal criticism of a local radio station’s “baby bracket,” which ranked local female journalists.

His last day in Little Rock is not set in stone, other than it will come AFTER the book.