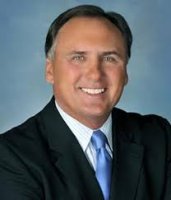 NBC-owned KNSD is ordering up the cake and ice cream for its longtime sports director Jim Laslavic.

After more than 3 decades at the station, Laslavic is calling it a career.

We remember his football days at Penn State, before all that.