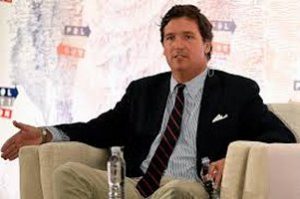 We’re now told that the number of advertisers who have moved their inventory off the hour hosted on Fox News by professional twerp Tucker Carlson in the last few months due to Carlson’s repeated reliance on inflammatory speech to earn ratings is now up to 34.

In December, Carlson suggested that immigrants made the U.S. “poorer and dirtier,” leading companies such as Pacific Life Insurance, IHOP, and NerdWallet to pause advertising.

As of Wednesday, drug maker AstraZeneca and bedding company Sheex have added their names to the growing list of companies that will no longer air advertisements during Carlson’s show due to the surfacing of a number of calls Carlson made to a shock-jock radio show between 2006 and 2011 in which he made controversial, and oftentimes derogatory, comments about women, sex workers, beauty pageant contestants, and others.

And while we can certainly understand corporations deciding – on their own, mind you – to pull their advertising from programming they deem objectionable, we are decidedly not a fan of these organized movements to apply pressure to those advertisers.

We’ll say it again – there is a slippery slope here.

And if anyone is still under the impression there is actually a financial punishment being meted out to Fox News for carrying the program, get real

The spots are just moved to another program, another daypart and the money still rolls in.