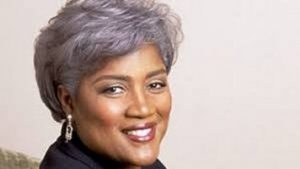 It was just about three years ago that CNN fired Donna Brazile as one of their army of talking heads for tipping off the Hillary Clinton campaign about debate topics.

And now she’s found another life as a professional gasbag – with Fox.

Perhaps Fox was feeling that it faced no such problem from the former Democratic National Committee chief, since, so far at least, it’s been nixed as a host for Democratic Presidential debates.

Brazile considers her new job as kind of missionary work.

“There’s an audience on Fox News that doesn’t hear enough from Democrats,” Brazile said in a statement. “I want to be able as a Democrat and a progressive and a liberal to talk to the Fox family, because they’re Americans and they care about many of the same issues and concerns that I have.”

Brazile made her debut as a contributor Monday afternoon on Dana Perino’s program.