Mark Geragos, celebrity attorney who became famous for defending and trying high-profile cases, was fired Monday as a contributor to CNN after multiple media outlets reported he is a “co-conspirator” in a lawsuit filed against attorney Michael Avenatti. 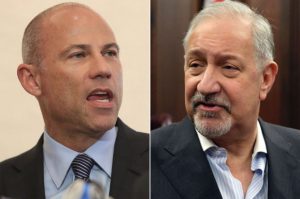 “Mr. Avenatti and Mr. Geragos, the alleged co-conspirator, met with lawyers for Nike in New York on March 19 and threatened to release damaging information unless the company agreed to pay the two lawyers millions of dollars and another $1.5 million to the client Avenatti claimed to represent,” the claim filed in New York stated, according to the Wall Street Journal.

Avenatti was arrested Monday and charged with wire fraud, bank fraud and allegedly trying to extort $20 million from Nike, according to the Associated Press. Geragos’ involvement in the alleged federal extortion case is unknown, and he hasn’t been charged with any crime.

A CNN spokesperson confirmed that Geragos is no longer working as a contributor.

“Mark Geragos is no longer a CNN contributor,” the spokesman said.