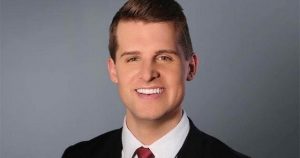 He assumes this role immediately, and will continue to report on various station newscasts.

Schiller says, “Stephen’s demonstrated passion for weather was evident from the moment he hit the streets here in Houston as a lead reporter on our coverage of Hurricane Harvey. His formal education as a meteorologist combined with his storytelling skills will keep Houstonians in the know on the day’s weather forecast but, also, on the environmental and climate issues that impact our viewers.”

Most recently, Morgan has served as a general assignment reporter and fill in meteorologist for the station. He began his career in broadcast journalism in 2013 as an anchor and reporter at KRBK (FOX) in Springfield, Missouri, where he also filled in as a meteorologist.

And  Denise Middleton has joined KRIV. 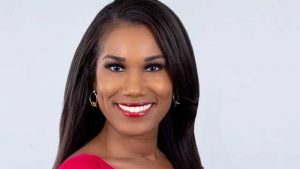 Starting April 8th, she will serve as weekend morning anchor, in addition to reporting for various station newscasts.

She graduated from the University of Houston and says “It’s always been my dream to work in my hometown of Houston, alongside some of the anchors and reporters who inspired me to go into this field. After working in Nebraska, Louisiana and Arkansas, I look forward to working at KRIV and sharing the stories of my own community.”