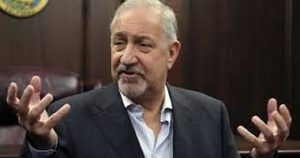 Attorney Mark Geragos isn’t holding anything back about his firing from CNN.

Geragos, who bloviated largely on legal issues for the cable network for 20 years, was unceremoniously  dumped after being named as a co-conspirator of publicity-hound attorney Michael Avenatti in an alleged plot to extort Nike.

“I’ve been texted by all of their anchors who are as outraged as I am that after 20 years, a press conference is enough to have them immediately want to disassociate themselves,” claimed Geragos in a radio interview. “God forbid that I start telling some of the stories for how I’ve covered for that lame-ass organization.”

On the other hand, the day after his firing, Geragos was in the headlines again, this time celebrating a surprise legal victory when prosecutors in Chicago decided to drop charges against one of his suddenly infamous clients — actor Jussie Smollett, who had been accused of manufacturing a hate crime that has captured national attention.

Which presents a real conundrum for journalistic wanna-bes like “Breitbart,” “The Daily Caller” and ,yes, FoxNews.com.

It’s tough to celebrate the torching of the hated CNN by one of their formerly-own while looking on in horror as he victoriously pulls the tiresome Smollett out of his self-created s***hole.