A former Utah news anchor was arrested for allegedly driving under the influence of alcohol twice in two days. 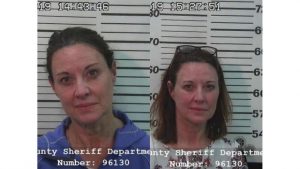 Police say 57-year-old Hope Woodside, was arrested on March 29 after dispatch received a call that she was suspected of drinking and driving in a local neighborhood.

Deputies say they smelled alcohol in Woodside’s car, she failed a field test and was arrested.

A search found wine in her car and she reportedly admitted to drinking, she was booked into jail facing DUI charges among a few.

Yep, you guessed it, Woodside again. The police ran another test and she failed again according to Court Documents.

Woodside was a news anchor for KTSU (FOX) for more than 20 years and had worked in the industry for 35. She made the decision to leave her job at Fox 13 in September 2018 according to the local ABC affiliate.