Another departure announced from the fourth hour of “Today.” 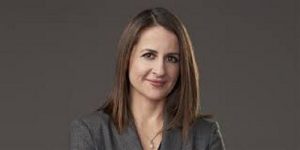 This time it’s executive producer Tammy Filler, who leaves after 16 years at NBC News, and with “Today.”

Filler is moving on to sister network “E!”, where she will be executive vp and editor in chief of “E! News.”

According to Variety’s Dan Holloway, this move comes as E! plans on adding three more hours of entertainment news coverage to its linear schedule in 2020.