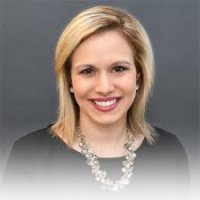 Julie Bercik spent ten years in tv news as a reporter, most of them at Nexstar’s WKBN in Youngstown, OH.

When she left the station back in 2017, it was so she could show up as Supervisor of Community Engagement for something called the Mahoning County Educational Service Center, a resource for the country’s school systems.

She seems to be making a career of it.

She is the new PR person for a partnership of five school systems in Columbiana County, Ohio – a little to the south and west of Youngstown.

If we do our math correctly, based on one system’s contribution to her salary of $15,000, she’ll be making about $75 K per year on a two year contract.

Bercik will help the district with a number of things, such as creating an electronic version of the quarterly newsletter, and getting tv cameras and news crews to cover school events other than board meetings.

It is becoming somewhat trendy for school systems to hire former newser – especially those from tv – to help garner more positive coverage of district activities.

And if it is a $75 K job, it’s beats the hell out of working in the smaller market newsroom.