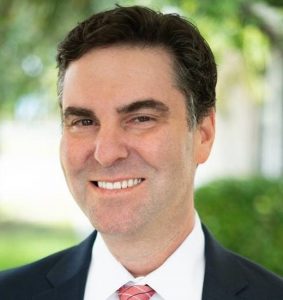 Fox13 Memphis (WHBQ-TV), a Cox Media Group station, announces the appointment of Adam Henning to the role of news director for the Memphis-based station, effective June 3, 2019.

An industry veteran and Emmy Award winner, Henning brings nearly 20 years of noteworthy experience to this new role. He will lead the strategic and tactical direction of daily and breaking news, as well as special and investigative reports, and special event coverage to help grow audience ratings and digital products.

“We are thrilled to have Adam Henning join the Fox13 Memphis team. His passion for the TV broadcast industry is characterized by his long-standing career in news and

dedication for doing what’s right by his people and the community through his story telling and leadership,” says Susan Connor, vice president and general manager of Fox13 Memphis.

Henning joins Fox13 Memphis from CBS12 News WPEC in West Palm Beach, Florida where he served as news director since 2016, creating and executing on CBS12 News’s brand to grow ratings and revenue across all platforms. He began his career with WCJB and has a successful track record of leading news teams at stations like WWAY, WNCT and WAFF. An award-winning journalist, Henning was most recently recognized with an Emmy in 2018 for Team Coverage, Breaking News, Serious Feature, Politics/Govt. on WPEC’s coverage of Parkland Strong.

“I could not be more excited to join the Fox13 family and make a real difference for the amazing people throughout our market,” says Henning. “With our commitment to getting breaking news first, owning severe weather coverage, and producing high impact investigations that hold the powerful accountable, Fox13 will be unmatched in the market. My wife Jen and I along with our daughters Leah and Iris could not be happier to make Memphis our new home.”