The former Today host will anchor Extra Extra, a new iteration of the syndicated entertainment show, which will debut this fall when Extra moves to Fox, The Hollywood Reporter has confirmed. 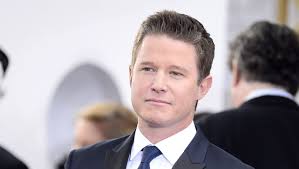 The job is Bush’s first hosting gig since he left NBC’s Today show after the infamous Access Hollywood audio leaked of him talking with then-Apprentice host Donald Trump.

Bush was let go from Today in 2016 shortly after audio emerged of him and then-presidential candidate Trump talking on the Access Hollywood bus in 2005. In the footage, obtained and published by The Washington Post a month before the 2016 election, Trump was heard bragging about kissing women without their permission and, most memorably, grabbing “them by the pussy.” Bush could be heard laughing and egging the then-Apprentice star on as Trump bragged about sexual assault.

Bush and Trump both apologized, but the president went on to famously dismiss his comments as “locker room talk.”

He says of the infamous Trump conversation, which took place when the real estate mogul was a star for NBC, “Looking back on what was said on that bus, I wish I had changed the topic…. I didn’t have the strength of character to do it.”