Lester Holt and four of his NBC News colleagues will share moderating duties for the first debate of 2020 Democratic presidential contenders.

The debate, shown on NBC News networks, will unfold over two nights in Miami on June 26 and June 27. 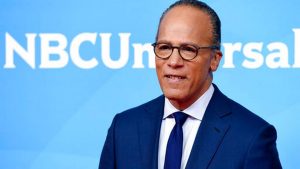 For each night, Holt will anchor the first hour, where he’ll be joined by Savannah Guthrie of the “Today” show and Jose Diaz-Balart of Telemundo.

The Democratic National Committee is expected to announce later this week which candidates meet the threshold for participation, and which night the candidates will appear on.

The events will be held in Miami’s Adrienne Arsht Center.