Amy Hudspeth is leaving as news director of KAVU (ABC) in Victoria Texas. 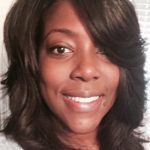 Hudspeth took her first ND job at this Saga Communications owned station back in 2014.

It was  a return to her native Texas for Amie, who grew up in Austin.

Before returning to Texas in 2014 she had been the Assistant News Director for WNCT-TV in Greenville, NC.

Sources tell NewsBlues she’s leaving to be a Producer at Headline News in Atlanta.