Five newscasters at NY1, a New York City news station, are suing parent company Charter Communications over age and gender discrimination. In a lawsuit obtained by the Associated Press, the anchors allege NY1 “blatantly marginalized them and cast them aside in favor of younger women and men.” 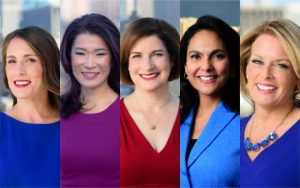 Emmy-winning anchor Roma Torre and her co-plaintiffs say Charter Communications, which acquired NY1 in 2016, altered their career trajectories. They say they would like return to the positions they occupied before Charter took control of NY1, and are seeking unspecified damages in the lawsuit.

They range in age from 40 to 61, according to The New York Times. “We feel we are being railroaded out of the place,” Torre told the Times. “Men age on TV with a sense of gravitas, and we as women have an expiration date.”