CNBC’s reality-focused prime time boss is headed for the door. 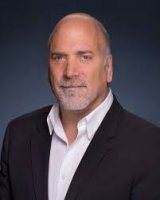 He’s the guy responsible for shows like “The Profit,” “Jay Leno‘s Garage,” “Billion Dollar Buyer” and a reboot of (gulp) “Deal or No Deal.”

One does wonder if Ackerman’s departure means a potential return to its traditional long-form (read “boring”) menu of corporate valentines and sycophantic stories of business tycoons.

Or will it go back to live business news during prime time?

The latter seems to be working for FBN, and corporate imagination being what it is, bet on it.