In Dallas Texas, community blogger and photographer Avi Adelman got a victory in court Monday.

A federal judge allowed his civil rights case to go to a jury.

If you work in the area, you know when something’s going down, he’s often on the scene snapping photos. 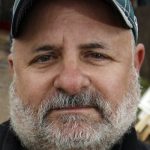 Many Dallas police officers know Adelman and his website, barkingdogs.org, and leave him alone, but a DART officer in 2016 told him to stop photographing a man receiving medical care on DART property, and she arrested him for trespassing when he wouldn’t leave.

The charge was dropped a week later, and the officer, Stephanie Branch, was disciplined for making the arrest. Adelman sued the officer and DART in federal court in September 2016.

U.S. District Judge Karen Gren Scholer said she saw enough evidence to allow a jury to decide whether a DART policy allowed the officer to violate Adelman’s First and Fourth Amendment rights by arresting him for photographing police activity on public property.

DART had attempted to get the lawsuit thrown out, arguing that Branch made a “reasonable mistake” when she thought a medical privacy law prevented Adelman from photographing the man paramedics were treating. DART also alleges the officer had the authority to arrest Adelman for trespassing – even in a public place.

Adelman says he’s pleased with the judge’s rulings and believes a jury will side with him in a trial set for October.