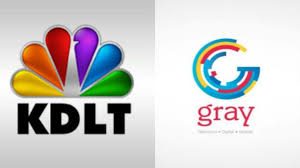 It’s been a year in the making, but the Department of Justice has finally cleared the sale of the KDLT in Sioux Falls, SD to Gray Television.

Now it’s up to the industry-friendly FCC to give a final blessing.

Gray agreed to buy the NBC affiliate from Red River Broadcasting for $32 million in the spring of 2018, with the intention of merging it with its ABC affiliate in the market (and our old station), KSFY.

FCC local ownership rules prohibit two top four-rated stations in a market (KSFY is #2 and KDLT is #3), but the agency has said it will consider waiving the rule on a case-by-case basis.

Gray also owns the ABC affiliate across the state in Rapid City, KOTA.

KELO, owned by Nexstar, currently serves both markets as the sole statewide tv station but the possibilities are becoming more interesting as time goes by.

But FCC approval of the Sioux Falls transaction would create some unsettling times for the two newsrooms involved.