The Killeen Texas school district’s hiring of a local television news anchor as its new chief communications and marketing officer has raised a few questions — and a few eyebrows. 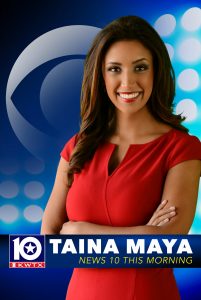 The district announced last week that it had selected Taina Maya, a morning news anchor at CBS affiliate.

The first question is how is she going to continue her job at KWTX (CBS) while working P-R for the District.

The second is the issue of her salary.

That’s quite a hike from the $60-thousand or so she reportedly makes at KWTX.

KDHN.com reports Maya will be staying on at KWTX in the short term, while simultaneously assuming her duties with the Killeen Independent School District and has done so for a week.

The paper says Maya made the decision to stay, to give the station adequate time to find a replacement, but the decision to accept the dual employment was a bad on on the part of the district and Superintendent John Craft who did the hiring. Obviously some media will feel a bit slighted receiving news releases from a fellow reporter.

It is odd for sure. I’m sure there is some grumbling among local reporters to say the least.

Also in this market, KXXV (ABC) News Director Charlie Haldeman has resigned according to employees.

A memo sent to staffers reports he’ll be pursing other opportunities.

Haldeman had been with the station sinc 2016.