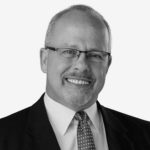 For the past 12 years, Heater has been the face of news at News-Press Now as the lead anchor since the company entered the local TV market in 2007.

Heater’s television career came after he established himself as one of the most familiar voices in St. Joseph, working in local radio for 26 years.

Jackie Heater, his wife of 26 years, said Saturday evening that she became accustomed to sharing her husband with the community.

On Friday night, she said, they had gone to a local restaurant after Heater had broadcast the news from the Red Rally in Downtown St. Joseph.

“As we walked in, there was a table of two older couples sitting there, and I heard one of them as we passed say, ‘That’s Bob Heater.’ That was kind of our life,” she said.

Such encounters happened often, Mrs. Heater said, as people identified with a man with whom they felt a kinship, if only through the television.

“It could be the 16-year-old kid that was waiting on our table to the 75-year-old grandma that would come up to him and say, ‘Hey, you’re the guy on the news,’” she said. “It was such a broad demographic.”