Mention the name Jody Dean and a lot of people across North Texas will remember him for his radio years, his TV years at KTVT (CBS) and even as a DJ and the famous Billy Bobs, where he got his start back in the 80’s. 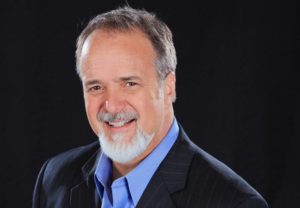 The move comes a year after Dean left the morning-drive show where he left under questionable circumstances. He also anchored TV news at KTVT (CBS) and hosted radio and TV talk shows.

“After 14 years, station ownership has decided it wants to move on,” Dean wrote on Facebook, promising a longer statement.

“No, I’m not retiring. I dislike the idea of retirement immensely.”

Yet, insiders say his progressive political stance on the morning show prompted many, many complaints that eventually led to his ouster and being stuck on a weekend Saturday night shift.

Since last October, Dean had hosted the “Saturday Night Special With Jody Dean” request show on KLUV, along with “Dusty Attics,” an interview show with a guest bringing his or her favorite oldies.

In his Facebook post, Dean lamented not being on morning radio for the start of school the way he was in 1987-1994 on top-ranked KVIL 103.7 FM with Dallas radio legend Ron Chapman and later at KLUV.

Both stations were owned by CBS Radio, which merged in 2017 with Pennsylvania-based Entercom Corp.