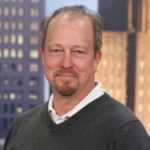 Nurse, who was named general manager in 2013 under different ownership after being station manager for 12 years, was retained by Scripps when it acquired the station more than five years ago from Granite Broadcasting.

Scripps appeared to be patient as it tried to retain the station to its former glory. However, after five years it apparently is looking for a new direction at the top. The company also released general sales manager Steve Cuccia and local sales manager Erin Colvin-Collins.

In a statement released by Scripps confirmed the departures of Nurse, Cuccia and Colvin-Collins and added “we can’t comment on the personnel issue.”

It added that Michael Barbetta, who is identified on LinkedIn as Scripps’ senior director of revenue strategy, will serve as WKBW’s interim station manager.

Dave Peterson, the vice president of local media operations for Scripps, made the announcement to the station’s staff a week ago.

According to one source, the announcement that the trio was no longer with the company was greeted with “stunned silence” by the staff.