The autopsy of longtime Miami TV news anchor Todd Tongen found no evidence that Tongen suffered from Lewy body dementia, contrary to what the 56-year-old may have thought at the time he took own his life, according to the Broward County Medical Examiner. 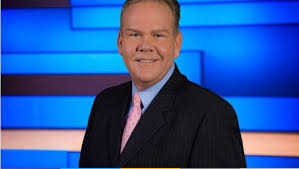 The autopsy, which was released last week, ruled the WPLG (ABC) news anchor’s death a suicide as a result of hanging.

Tongen was found on the floor of his Broward County home on June 3.

The Broward County Medical Examiner’s Office said it performed a complete autopsy based on the family’s concern that Tongen suffered from Lewy body disease, which took the life of Tongen’s mother and afflicted actor Robin Williams, who also took his own life.

Tongen’s brother, a physician, told WPLG that the newscaster did not appear to have been planning to take his life.

“We believe that he was having some balance problems and he was very, very concerned about having Lewy body dementia, which afflicted our mother and her death,” Dr. Scott Tongen told the television station, adding that his brother left some garbled messages and a “simple note that said he was lost and to forgive him.”