Brahm Resnik, a political anchor and reporter for KPNX (NBC), has apologized for a tweet he posted over the weekend in which he drew comparisons between an Arizona Republican Party tweet and a Nazi slogan. 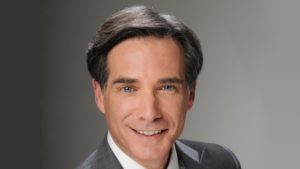 “APOLOGY,” Resnik tweeted Tuesday morning. “I apologize for the tone & content of a tweet I posted over the weekend that has angered many Arizonans. Social media calls on journalists to exercise restraint & good judgement. I failed to do that. Recriminations against 12 News are undeserved. The fault is mine alone.”

The Arizona Republican Party account tweeted a scenic Arizona picture on Saturday, and captioned it, “One people. One land. One Arizona.”

The translation is, “One people. One land. One leader” — a Nazi slogan.

Not surprisingly, Republicans did not care to have their tweet compared to a Nazi slogan. No official word-yet from KPNX on the Tweet.

Millions of good, honest Arizonans have been sadly caught up in a disgusting smear by Brahm Resnik of @12news. Reporters are supposed to report, NOT create news!

Many people (phones ringing off the hook) demanding he apologize. Tune into @broomheadshow on @KFYI at 7AM tomorrow.