Just days after Chief Meteorologist John Cessarich announced his plans to retire next November from Hearst’s WYFF in Greenville, SC, his replacement was named. 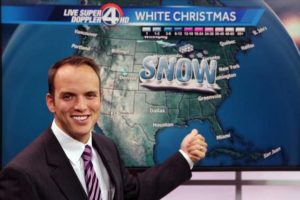 Chris Justus will be Chief Meteorologist, succeeding Cessarich once the latter steps down.

Justus has been with WYFF for the past six years as weekend forecaster.

“I couldn’t have handpicked a better successor for Chief Meteorologist than Chris Justus,” Cessarich remarked. “He’s a scientist and weather expert who can handle the challenge of forecasting weather in this market.”

Justus is a local guy, growing up on his family’s apple farm in Hendersonville, N.C.

He worked at stations in Savannah, Charlotte and Nashville before joining coming back home.