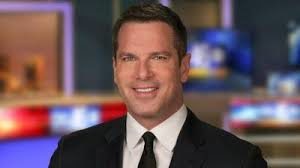 Barely a year after taking on the main anchor duties at Meredith’s WGCL in Atlanta, GA, Thomas Roberts is going, going….gone.

He won’t be returning from the two-week vacation that began August 17th.

“Sometimes things just aren’t the right fit,” Roberts said in an exclusive statement to Rodney Ho at the Atlanta Journal-Constitution. “And there is nothing wrong with that. What matters is how it is handled. CBS46 is a class act and I have nothing but gratitude for how they handled my request.”

Roberts’ co-anchor Sharon Reed left in May and has yet to be replaced.

Back in April, meteorologist Paul Ossman abruptly walked out the door.

In July, Ossmann sued the station, claiming the work environment there was discriminatory against him.

WGCL replied by pointing out Ossman’s inappropriate verbal statements to women that led to his dismissal.

That legal case is still pending.

Roberts came back to Atlanta, where he had worked from 2001-2007 at CNN, because he liked the city.

He replaced Ben Swann, who, on his website “Reality Check,” aspires to be a junior level Alex Jones.

Swann had fired up the site (again) without telling WGCL management.

Swann is now  a regular contributor to RT or “Russia Today,” an international broadcast network funded by the Russian government.

And Roberts is looking…probably for the network-level job that eluded him after he was dropped by MSNBC and led to his landing in Atlanta doing local news.