Nexstar’s 120 television stations in 97 markets went back up on DirecTV at the end of last week, just in time for the company to show off its latest innovation: the daily playing of the national anthem, which at one time marked the beginning and end of a station’s broadcast day when station’s actually signed off for a period of time.

Now, it seems to signal the end of one cycle of commercials and the beginning of a new cycle. 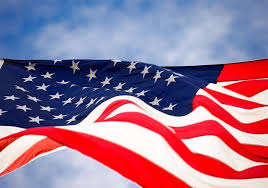 Nexstar is working with Broadcast Music Inc. and Belmont University’s Curb College of Entertainment and Music Business to produce the series anthem performances which will feature emerging singers and songwriters.

This all began this morning.

For a company that allowed DirecTV subscribers to go without their local Nexstar-owned network affiliates for the bulk of the summer, and for two years running has tried to push a compensation package for CEO Perry Sook that would amount to 302 times the average Nexstar employee salary, the reason for the move is a particular delight.

“Nexstar’s core mission is to provide exceptional service to the local communities where we operate across America through our organization-wide commitment to localism, unbiased local broadcast journalism and telling the local stories that matter to our viewers and their families,” stated Tim Busch, president of Nexstar Broadcasting.
“This unique collaboration supports higher education in business for the music and entertainment industry, while providing aspiring professional artists and songwriters a national distribution platform to showcase their respective talents. We look forward to returning the time-honored tradition of including the National Anthem in our stations’ broadcasts with this new partnership.”