How sad is the state of tv news these days?

Here’s a guy asking strangers for money to help pay for the move to his next market. 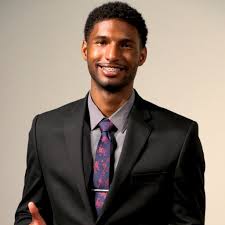 Elijah Baker has been reporting and anchoring for just under two years at locally-owned WBKB in Alpena, Mich.

He is making the move to Tribune-soon-to-be-Nexstar’s WHNT in Huntsville, AL, but needs funding the make the move.

His message on the page:
My name is Elijah Baker and I have been reporting, anchoring, and producing news for almost the past two years. I have told countless stories in Alpena, MI, which was my first TV market after graduating college. While working there, I got my feet wet and met some  dope friends. God blessed you to help me move the first time, but now I am in need of your help to move again. I’l be starting my new adventure as a reporter for WHNT in Huntsville, Alabama. Due to cost of living out there, I estimated that I would need around $3,000 to help make the transition easier to my new home.

We’re so old, we remember when stations not only paid well, but also ponied up for moving expenses for staffers moving from out of town.

But we also remember when “Daddy fellowships” were a necessity for reporters breaking into the business at crappy little stations where Wal-Mart level wages were grudgingly paid.

We also remember walking into a local supermarket in a small market town one Saturday morning awhile back and seeing the main anchor of the NBC affiliate bagging groceries to make ends meet.

That station recently sold for more than $32 million.