Meredith’s WGCL in Atlanta, GA didn’t have to look too far to find someone to fill the empty Thomas Roberts anchor chair. 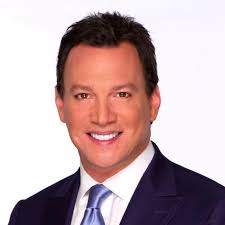 Rick Folbaum, who’s been freelance anchoring at CNN International crosstown since shortly after leaving Miami CBS o&o WFOR in May of last year, has signed on.

Folbaum will join Shon Gables (the Sharon Reed replacement) for the 4 p.m., 6 p.m. and 11 p.m. newscasts on GCL and the 9 p.m. newscast on sister station Peachtree TV.

You will be fourth male anchor in that slot in five years.

Ben Swann joined in mid-2015 and was fired in early 2018, leaving with his tinfoil hat for his rejuvenated junior InfoWars website.

Roberts came on in mid-2018 and departed last month.

Before that he was with Fox News for 17 years.