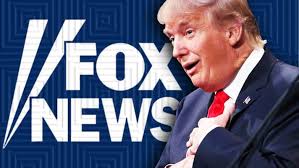 That appears to be the internal reaction to what seems to be an increasing number of phone calls from the media-critic-in-chief to Fox News CEO Suzanne Scott to complain that the network isn’t as obeisant to him as he would like it to be.

The television-addicted “Leader of the Free World” has repeatedly railed against his once-beloved news network, and The Atlantic reports that “on occasions when he’s unhappy with the network’s coverage, Trump will pick up the phone and call [Fox News CEO Suzanne Scott] to complain.”

These calls, the report says, “don’t tend to go well.”

Inside Fox HQ, Fox News executives reportedly couldn’t care less about Trump’s attacks on the network, with the thinking being that he needs them far more than they need him, and they have the “leverage” in this relationship.

Two weeks ago, Mr. Trump ridiculed the network for an interview with Democratic National Committee Communications Director Xochitl Hinojosa and he felt that “America’s Newsroom” host Sandra Smith let her say “whatever she wanted with zero pushback.”

He went as far as to say that Fox News is no longer “working for us anymore.”

As disappointing as that might be to whoever the hell “us” might be, there will always be the Three Dumbest People on Television© in the morning and three sycophants in prime time.