If you live in Chicago and love the Cub’s listen up. 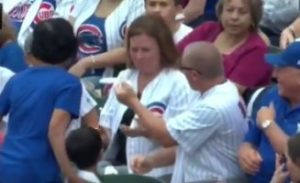 NBC Sports Chicago is warning viewers that when the Cubs seasons ends, subscribers of AT&T’s DirecTV and Dish Network could lose the channel.

The Cubs Major League Baseball team is starting its own Marquee Network in a joint venture with Sinclair Broadcast Group next season, taking games off long-time broadcaster WGN-TV, WLS and NBC Sports Chicago.

The network said that with the change approaching, it has already secured about half of the network’s subscribers with deals in place to be carried by Comcast Cable (Comcast is an owner of NBC Sports Net), RCN and WOW.

“Currently, the channel will be distributed by Chicago’s three largest cable providers,” the network said. “With the Blackhawks and Bulls seasons about to begin, we are working with urgency with every distributor to make sure Chicago sports fans don’t miss a single game.”