CBS, CNN and other major media companies are starting to pull e-cigarette advertising off their airways, as the death toll from a mysterious vaping-related illness continues to climb and health regulators across the world pull flavored vaping products off their shelves. 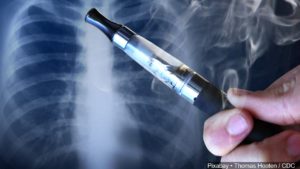 CBS decided to stop taking future e-cigarette advertising, a spokesman confirmed to CNBC on Wednesday. The decision comes nearly a week after CNN told The Daily Beast it would no longer allow vaping products to advertise on its network. CNN said it would reconsider the policy if research shows vaping products are not harmful.

CNN’s parent company WarnerMedia is also dropping e-cigarette advertising from its other networks. That includes cable channels TNT and TBS, which have both run ads for vaping company Juul in recent weeks.