We reported last week that Zoltan Csanyi-Salcedo was returning to the Rio Grande Valley as the ND for Manship owned KRGV in Weslaco, TX.

He takes over today. 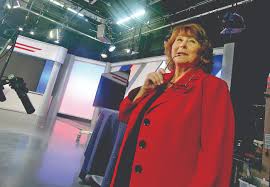 The person he is succeeding, Jenny Martinez, officially stepped down last Friday after 29 years at the station and 38 years in the tv news business.

She’s leaving, in part, to deal with undisclosed health issues.

Her decision, though something she’s put off for some time, came earlier this year and has since been a source of anguish, as she is by no means ready to walk away. And yet she must.

“I don’t know how I’m going to do without them, to tell you the truth,” Jenny said about her reporters before pulling out her cellphone and swiping through photos of her staff, not unlike a proud parent. “These are my kids. This is who my people are.”

Her reputation as a tough journalist who kept a low profile remains and can serve as a model to others.

We wish her well.