J.C. Watts Jr., the former Republican congressman from Oklahoma, is the chairman and co-founder of the venture. 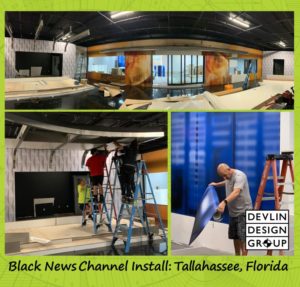 The Devlin Design Group released some behind the scenes pictures of the new set construction as the crew gets ready for the November 15th launch at the headquarters in Tallahassee, Florida.

“The number of cable news networks dedicated to serving the nation’s African American communities remains at ZERO! Black News Channel will be the nation’s first channel to fill this significant void,” according to the channel’s website.