Tomorrow you can line up at the bookstore to pick up your copy of Ronan Farrow’s “Catch and Kill” and read first-hand what has been at the top of the news for the past week or so, until the Shep Smith thing happened. 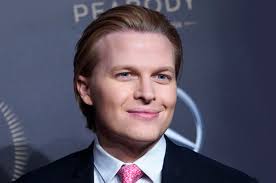 Farrow’s latest round of interviews centered on what he details in his book, the efforts of NBC News management – that would be Andrew Lack and Noah Oppenheim – to shut down in reporting of the Harvey Weinstein sex misconduct story.

He continued, “They told me and a producer working on this that we should not take a single call. They told us to cancel interviews. The question for years has been, ‘Why?’ because every journalist at that institution didn’t understand why. And I think the book answers that question. This was a company with a lot of secrets.”

Back in 2017, we noted that NBCUniversal and its parent company Comcast both had programming relationships with Weinstein’s now-defunct company

We’d call that conflict, especially if, as Farrow charges, both Lack and Oppenheim were acting as corporate executives and not news executives.

On the other hand, Farrow’s former producer at NBC, Rich McHugh backs Farrow’s account of how top NBC brass, including news chairman Lack and news president Oppenheim, killed the story that Farrow later took to “The New Yorker” magazine.