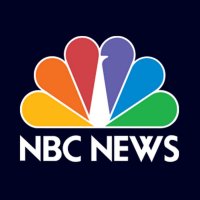 The heat setting is now on “High” for NBC News and it’s directly under the division’s executive suites.

“As the parent company of NBC Universal, we appeal to you to overturn the network’s refusal on Thursday to conduct an independent investigation of sexual misconduct and coverups at NBC News,” the newswomen said in the letter.

The bombshells contained  in the Ronan Farrow book “Catch and Kill,” which painted a sordid picture of sexual harassment at the news division prompted the letter.

Included in that picture are allegations revolving around former “Today Show” host Matt Lauer and others who allegedly covered up his activities while under NBC News employ.

The “others” appear to include NBC News chair Andrew Lack, NBC News president Noah Oppenheim and MSNBC boss Phil Griffin, each of whom are alleged in Farrow’s book to have their own sketchy history on top of their alleged enabling of Lauer’s bad behavior, which last week saw the addition of a charge of rape from a former NBC News producer.

So far, no reply from Comcast.