Customers will pay $10 to $15 more a month AT&T’s TVNow  starting in mid-November, according to The Dallas Morning News. 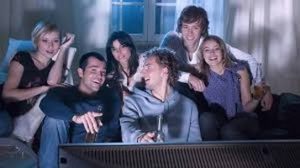 The streaming service, formerly called DirecTV Now, will jump in price from $50 to $65 a month for customers who are signed up for its smallest bundle of channels. All other packages will increase by $10 a month. The price increases take effect Nov. 19.

In a statement, AT&T said it’s adjusting pricing “to reflect the cost to deliver content to our customers.”

AT&T launched DirecTV Now in late 2016 with four packages that started at $35 a month for 60 channels. It’s raised the price several times and rebranded it as AT&T TV Now this past summer. AT&T TV Now offers a cablelike lineup of live channels, but at a lower price and without a long-term contract or cable box.

AT&T debuted a streaming service as a way to keep up with customers’ changing habits. It’s lost cable and satellite TV subscribers for 10 consecutive quarters. It had 21.6 million DirecTV and U-verse customers as of late July — about 2 million less than a year earlier.