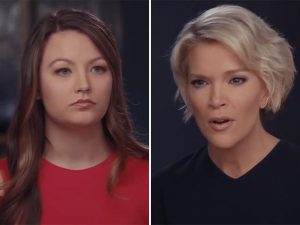 Ashley Bianco, the staffer fired at CBS News after a determination she accessed ABC News footage while employed there that was later leaked, gave an exclusive interview to Megyn Kelly, saying she “never” leaked the clip to Project Veritas or anyone else.

The full interview is hosted on Kelly’s brand-new Instagram and long-standing YouTube account, marking the former broadcast and cable anchor’s move into social media and streaming.

In it, Bianco says she accessed the clip but never distributed it or intended to hurt ABC News.

This story marks a unique victory for  Project Veritas, the right-wing activist group that has tried to conduct previous sting operations to little or no effect.

The group released a video last week of ABC News’ Amy Robach saying she was “disappointed” that her 2015 story on Jeffrey Epstein didn’t run.

Last Thursday, Bianco was fired from CBS News for her connection to the leak.

CBS News has not responded to multiple requests for comment on her termination.

Check out the interview.