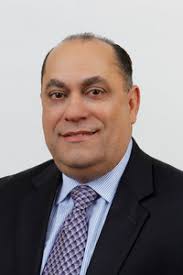 Jorge Carballo, president and general manager of NBCUniversal’s Telemundo outlet WSCV in Miami, is poised for double duty in the New Year.

Carballo succeeds Larry Olevitch, who is retiring, atop WTVJ.

Carballo has spent 26 years at WSCV in both sales and management.

“It is an honor and a privilege to lead two great stations,” said Carballo. “The NBC 6 team is strong and its news brand is well respected. Together, both stations will be stronger.”