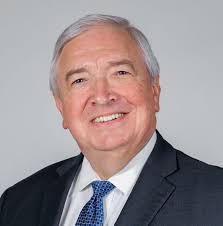 WYFF Assistant News Director Lee Brown has announced he will retire from the Hearst station in January, 44 years to the day after he was hired at the Greenville, SC station.

Brown began his career at then-WFBC in January 1976 as a reporter.

During his tenure, he also served as an Assignment Editor and Managing Editor.

“During his more than 4-decade career, Lee has served the communities of Upstate South Carolina, Western North Carolina and Northeast Georgia with the utmost journalistic integrity,” remarked WYFF  President and General Manager John Humphries. “Lee’s tireless work on daily newscasts, as executive producer on our signature Chronicle programs, and on important community projects like the Golden Apple Award have made a huge impact on so many in this area.”

Brown is the second longest tenured news employee at WYFF 4 and the only person to hold the Assistant News Director title in the station’s history.