How is that for a provocative headline?

It is the title of a piece published by Nieman Lab, part of a series of predictive pieces on journalism in 2020.

It wastes no time in sticking a pin into the political money balloon that most television stations and groups are building their business plan for the next year around. 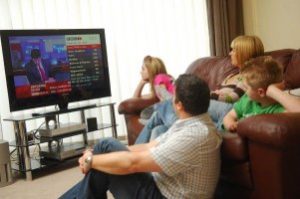 Billions in political campaign advertising revenue will disguise it, but 2020 will be the year when local television news begins the downward slide that has plagued local newspapers.

Local TV stations will still be highly profitable in 2020, following the proven cyclical pattern in which revenue increases in election years and decreases in non-election years. This, along with still-robust retransmission and licensing fees, will suggest a vitality in local television news that’s actually being undercut by a shrinking and aging audience.

Cord-cutting is the villain in the piece here.

[C]onsumers are dropping their cable subscriptions, opting only for streaming options like Disney+, HBO Now, and Netflix that are thought of as “add-on services” and therefore include no local content. Those people will then have limited to no exposure to local television news. With other streaming services positioned as cable replacements — including Sling TV, Hulu with Live TV, and YouTubeTV — the availability of local television content varies substantially by market and channel.

How many people do you know are already off the cable/satellite grid?

How many are fully invested in their Firesticks, Rokus and the accompanying streaming services?

How many do you know are looking into the possibility of life after Comcast.

Yes, there are good cheap antennas that allow the cord-cutters access to local television.

How many use it and how many rely on Hulu and other services for their network programming fix?

Remember the macabre newsroom jokes about the “60 to dead” demo?

It now appears that demo is the last line of defense for local tv.

Local television news is produced as a market-wide product in a media environment where audience-specific, targeted content is thriving. Too few local television stations are utilizing the opportunities afforded by digital platforms to serve niche audiences in their marketplaces. And even the best of that content is often difficult to find on their websites, which are typically not user-friendly, or on their crowded social media streams, which pair breaking news with evergreen and more targeted content.

If local TV stations want to remain the vibrant sources of information they’ve been historically, they must avoid the two tropes that marked newspapers’ downfall: “Young people will age into consuming the news” (they won’t) and “Habits don’t change” (they do).

Use that political money windfall wisely to invest in and promote the infrastructure that will draw in your future audience.

Or risk having no future.