George Cheeks, a top executive at Comcast Corp.’s NBCUniversal, is headed to ViacomCBS Inc. in a senior role at CBS, where he could ultimately succeed Joe Ianniello as head of the network, reports The Wall Street Journal citing people familiar with the matter. 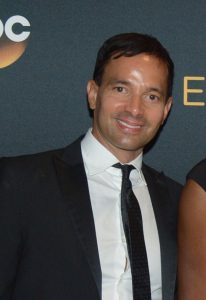 Cheeks, the vice chairman of NBCUniversal Content Studios, resigned from the Comcast Corp. company on Tuesday.  Cheeks is a former Viacom executive who held a senior role in its cable networks group for several years.

The talks with Cheeks and the potential departure of Ianniello came as a surprise, people familiar with the matter said. When CBS and Viacom announced the deal, executives at both companies said Ianniello would play a crucial role in the integration and leadership of the combined company.

If  Ianniello were to leave, it would mark the most significant executive departure from ViacomCBS since Viacom merged with sister company CBS in December.

It is unclear when Mr. Cheeks would join ViacomCBS as his contract with NBCUniversal still has many months left on it.